are constantly searching for adequate shoes for training, so here are some
popular choices in the community that we find worth checking out!

Before we start, let’s first take a look at what you should look for in a shoe in the first place:

Outsole. For most of us, training includes a lot of contact with the wall be it in form of climbing, tic-tacs or wall runs, all of which benefit from increased friction, so good grip becomes mandatory on a shoe. Full rubber outsole from one piece is probably what you want. The strip patterns don’t play a huge role in most of our tasks, but some large indentations might pose a problem when balancing on a thin surface like a rail for example. 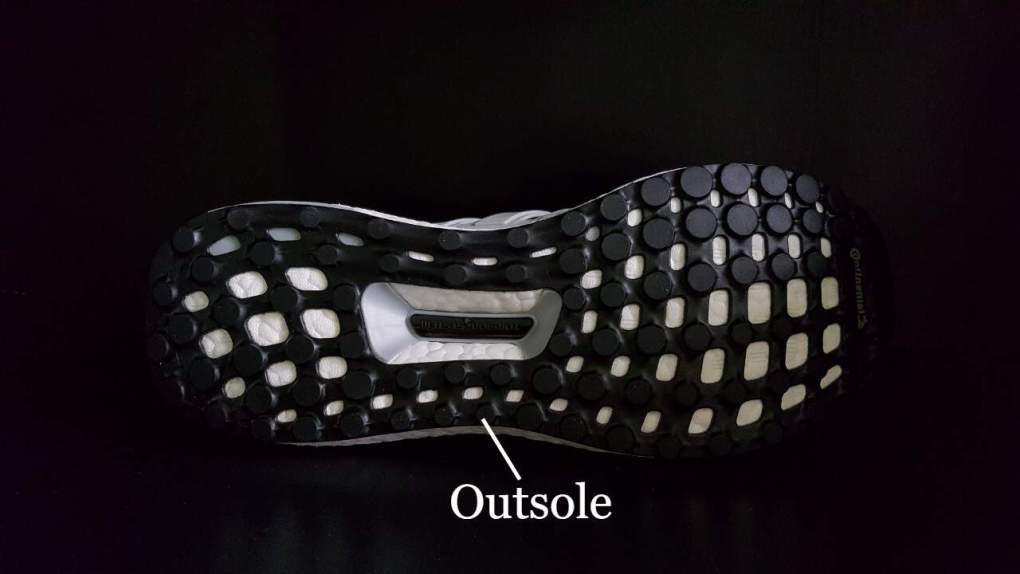 Midsole. This might be the biggest factor that’s up to preference, but usually, a standard-sized midsole of a running shoe is optimal for most athletes. The midsole is what “absorbs” energy and reduces peak force when we land. Too firm or too thin of a sole and not a lot of absorption will happen. Too soft or too thick sole and you won’t get energy transfer (most of the accumulated energy dissipates as heat), and on top of that, it might cause instability which we already have a lot to deal with. Thickness plays a part in the feeling/sensing as well, the thinner and softer the midsole is, it’s easier to feel the surface beneath which results in having more overall control in movement.

Upper. This part of the shoe is totally up to preference.
It usually comes down to conditions you’re training in, mesh uppers for the hot and dry days, and more leathery type upper for cold&snowy ones. It’s worth mentioning that some people with slightly different foot shapes or unusual walking/running patterns might experience tearing in the mesh uppers, usually around the outer edges.
Getting a shoe with reinforcements there might solve that issue.

Toe box. Depending on the shape of your foot some shoes might not be appropriate for you at all. People with narrow feet might fit into most shoes, whereas for the ones who have slightly wider feet it can get quite tricky. Too narrow toe box and you might experience a variety of problems including feet and knees turning inwards, bad foot placement, or just overall discomfort. However, if the shoe is too loose it might increase the risk of injuries due to increased instability and it may influence performance as well.

Shoe shape. Depending on the shape of your foot and your foot strike, some shoes might not be suited for you at all. People with high arches are more suited for curved shoes while the ones with more of a flat feet will better fit a straight shaped shoe. There are shapes in between these two so just make sure have a snug fit and nothing feels off. One of the most common examples of this is when your feet start turning inwards in a curved shoe (especially under load) even though you’re not quite flat footed, and that can be quite detrimental health & performance wise.

So without further ado, here are 5 most popular shoes for parkour in no particular other:

This shoe is super popular in parkour&freerunning community and worn by the likes of Dom Tomato, Stanislav Lazdan, and many others…

It features a low heel drop which many athletes love, and its thickness is on point. Its toe box might be slightly narrower than the rest of the shoes in this lineup but it’s an overall great choice. Only potential flaw is the rubber outsole which can easily wear if you practice a lot of climb ups.

I don’t know a lot about these shoes except that they are super popular in North America, and I’ve seen some British athletes like Ed Scott and Tim Champion wearing them as well. They advertise having a wide toe box, but stating they are for heavy lifts makes me question their flexibility and softness.

Different iterations of these shoes were super popular in the 2010s, and even though they were kind of forgotten, few athletes like Phil Doyle started wearing them again recently. They have a very good rubber outsole, decent medium thickness midsole, and very durable upper. The curved shape might not be suited for everyone though, and this shoe can be a bit pricey.

This has probably been the most popular parkour shoe for the past few years. Its build is quite similar to the Asics Gel’s but they are much cheaper and most likely easier to find. Like with the Asics’, some may find the shape unsuiting due to greatly curved shape.

These are the most affordable shoes on this list, and despite that, they don’t lack in performance. Among all the shoes we listed, these are the only ones actually designed for running which means the midsole is probably more optimized for the type of activity we practice.

The shoe fits almost everyone, and the only downside I can find is that some users experience tearing of the mesh upper quite early.

Shoe companies are constantly changing shoe models and it’s only a matter of time until these ones change as well, so be on the lookout for the next good parkour shoes.

Which ones are you using? Let us know in the comments bellow!

In Skochy green color, so you DO NOT forget to tie them before jumping that jump. They’ll match with all your Skochy clothes, obviously. No polyester, just pure old-school cotton – once you tie them, they won’t untie.