The choice between different types of shoes for parkour could be more important than you think when it comes to injury prevention.

There are many different aspects of the shoe to consider (some of which were briefly discussed in the previous article) and many factors to include, however, this article will focus mostly on shoe soles and the dampening mechanics.

Different movement tasks are optimized by different shoes, which is why such a huge variety of them exists. A basketball shoe differs drastically from a running shoe, a weightlifting shoe, or a ballet shoe. So picking up a random pair of everyday sneakers whose primary purpose is to look cool, and to train in them – probably isn’t the best idea. 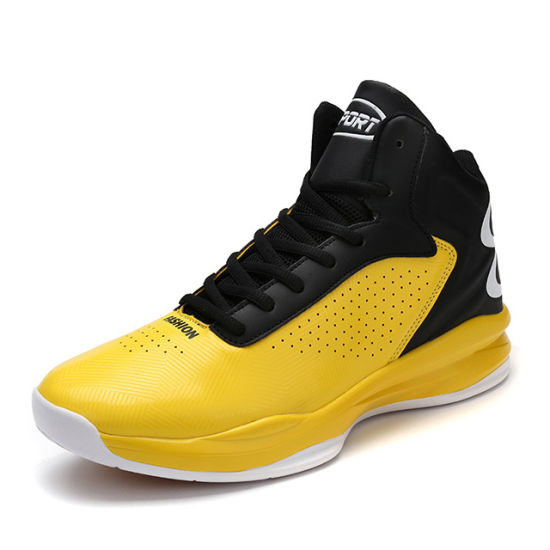 There’s also been a rise in the popularity of barefoot-like shoes. They usually feature very thin padding, high flexibility, no heel drop, and a wide toe box (or 5 in the case of Vibram’s). Most of the reasons for wearing them make perfect sense, and for many, it’s the go-to everyday shoe. However, something that has to be taking into consideration are the impact forces involved in our locomotion tasks.

The surface that we train on most of the time is extremely stiff (concrete, bricks, metal) so the only passive “cushioning” we get is from the padding on our shoes. Our muscles and tendons will “absorb” the majority of the impact energy, but some of the vibrations will inevitably be transmitted to the joints, posing a potential threat to some tissue (e.g. cartilaginous tissue).

Shoes with thin midsoles that have a small amount of padding do not do much to reduce the impact forces, nor do they absorb a lot of energy because of the small amount of deformed material (energy “absorption” is done solely by the elastic deformation of the material). Additionally, thicker shoes that have very hard (stiff) padding that can’t bend much will exhibit similar behavior (stiff material won’t deform much thus it will absorb less energy).

The diagram represents the Achilles tendon strain during landing from jumps in different types of shoes. 70C EVA has the stiffest and thinnest midsole, while the TPU shoe has the most cushioning (taken from Firminger et al. 2019).
Higher tendon strain is obviously directly correlated with higher risk of injury.

Lot of shoes with thicker midsole padding also implement a moderate heel elevation. The idea is that this will further reduce the Achilles tendon strain when placed under a load since the tendon doesn’t have to stretch as much. Combine that with an additional padding to reduce the impact when striking the ground heel first and you’ve got yourself a model of every running shoe.

There are, however, several downsides to shoes with more padding.

If the padding is too soft it increases the instability which can further increase the risk of injury in parkour training. There is a similar occurrence for the increased thickness of the padding as well.

Additionally, in thicker shoes “feeling” the surface becomes much more difficult, which will influence landing mechanics (mostly for the worst) that impacts the risk of injury as well. Not to mention that you are more likely to completely miss a landing obstacle and fall to your face if you can’t feel the surface underneath you.

And finally, Hollander et al. (2017) reported that people who habitually go barefoot have wider feet in general, less foot deformities and defects but more pathologies compared to only shoed people (the thickness of the midsole doesn’t play much role here, but rather most of the shoes in general; barefoot-like shoes are not a part of this).

In conclusion, barefoot-like shoes can be a decent option for your everyday shoe, and some activities where low and moderate impact forces are at play. For high impact training (like parkour plyometric and running jumps) cushioned shoe is advised for its dampening effects.

Switching back and forth between these various shoe types for the right activity will probably reap the benefits of both.

WHY ETREFORT IS SHUTTING DOWN

A New Decade of Making Clothes

Take a look at all our SK10Y products that are still available! All of them are limited series and won’t be made again but now, in celebration of 10 years of Skochypstiks.